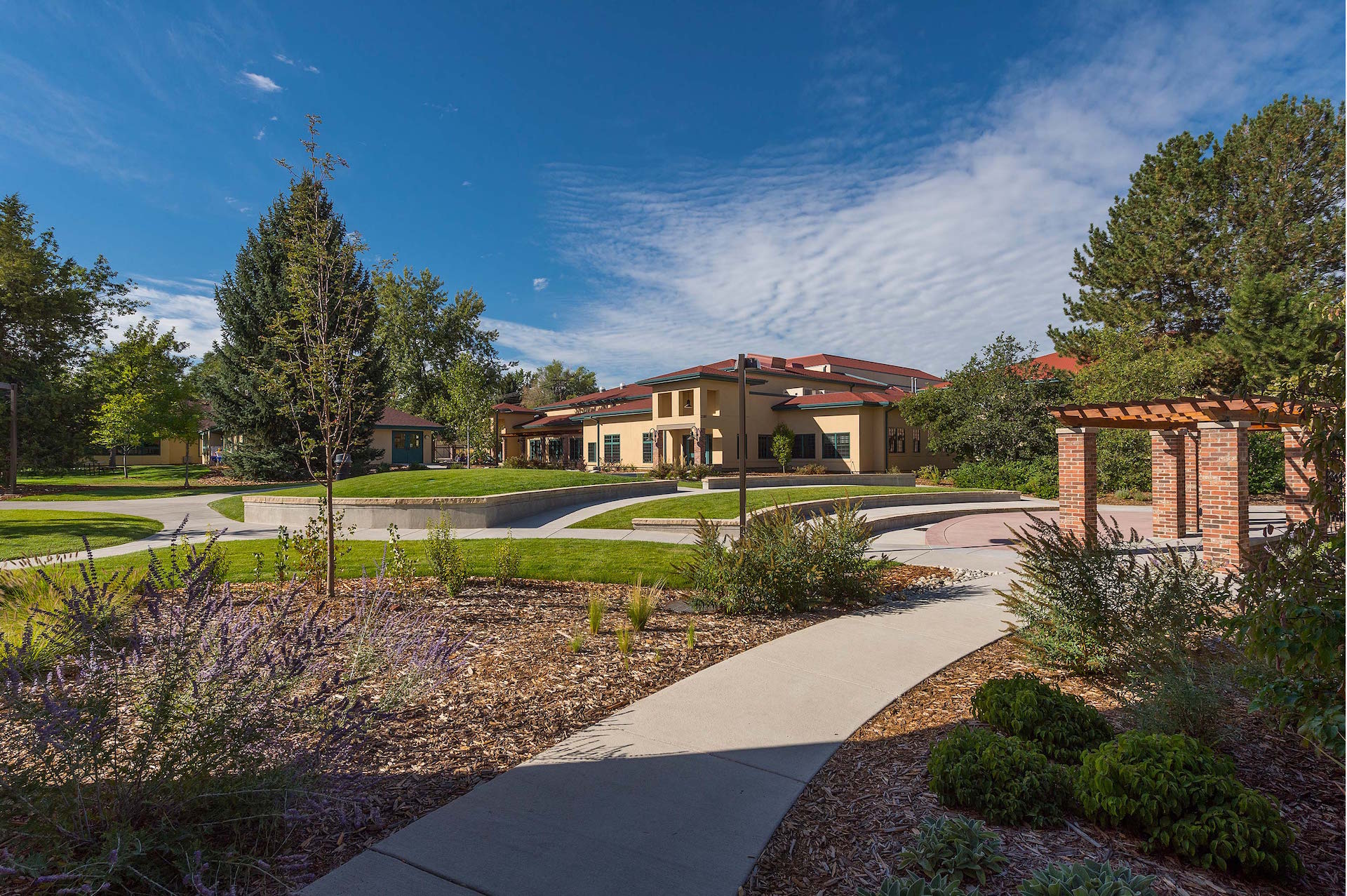 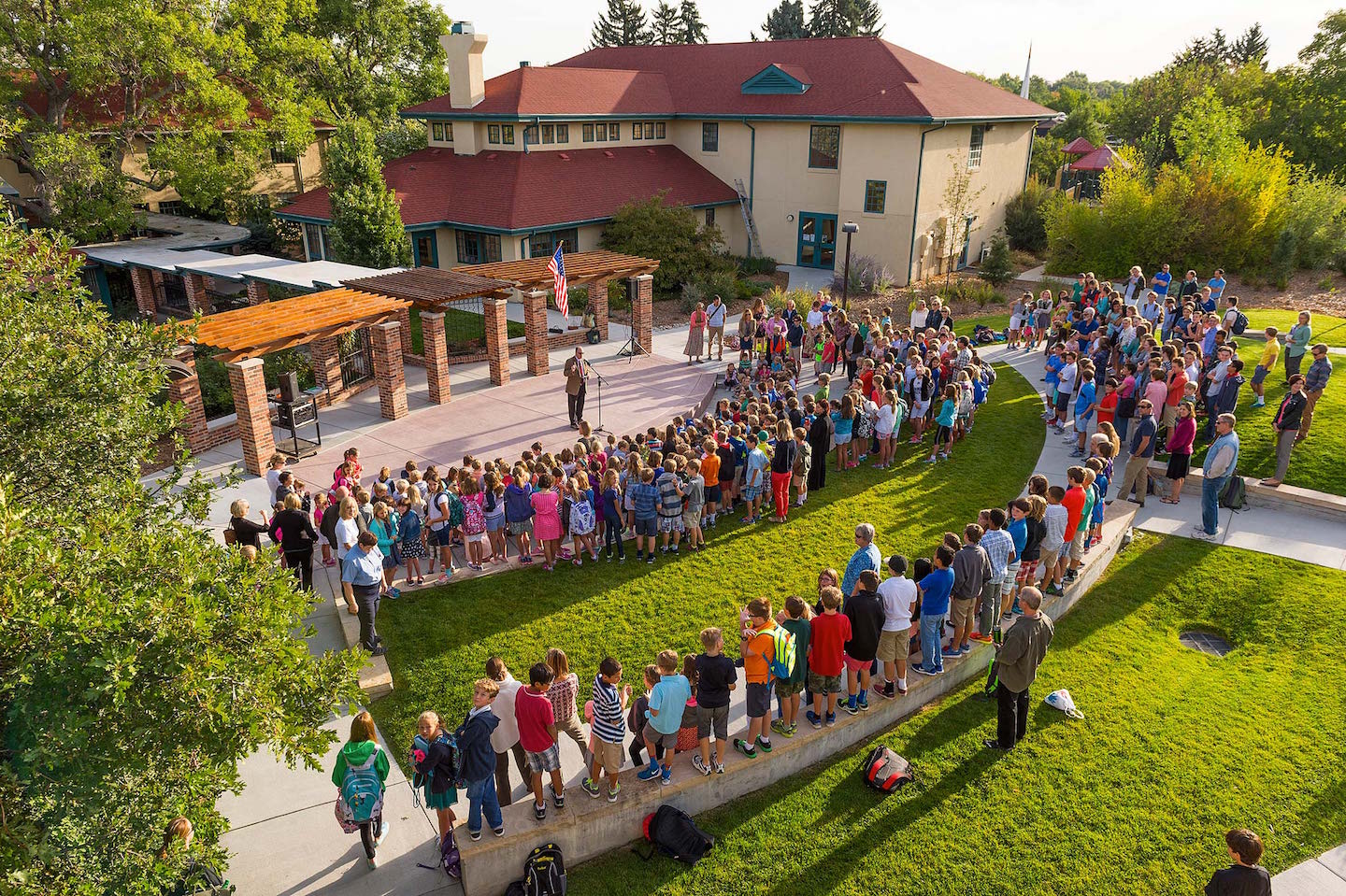 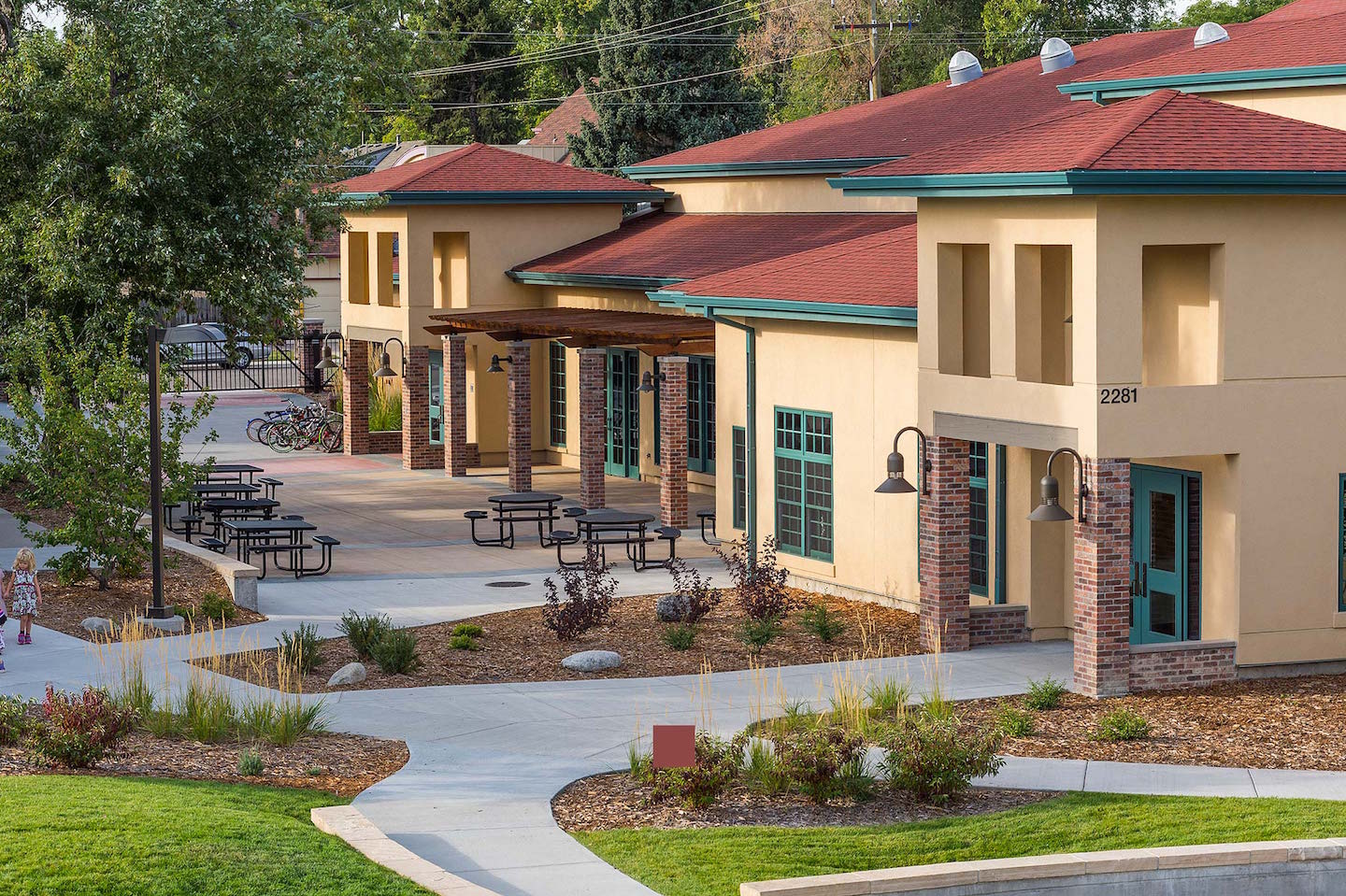 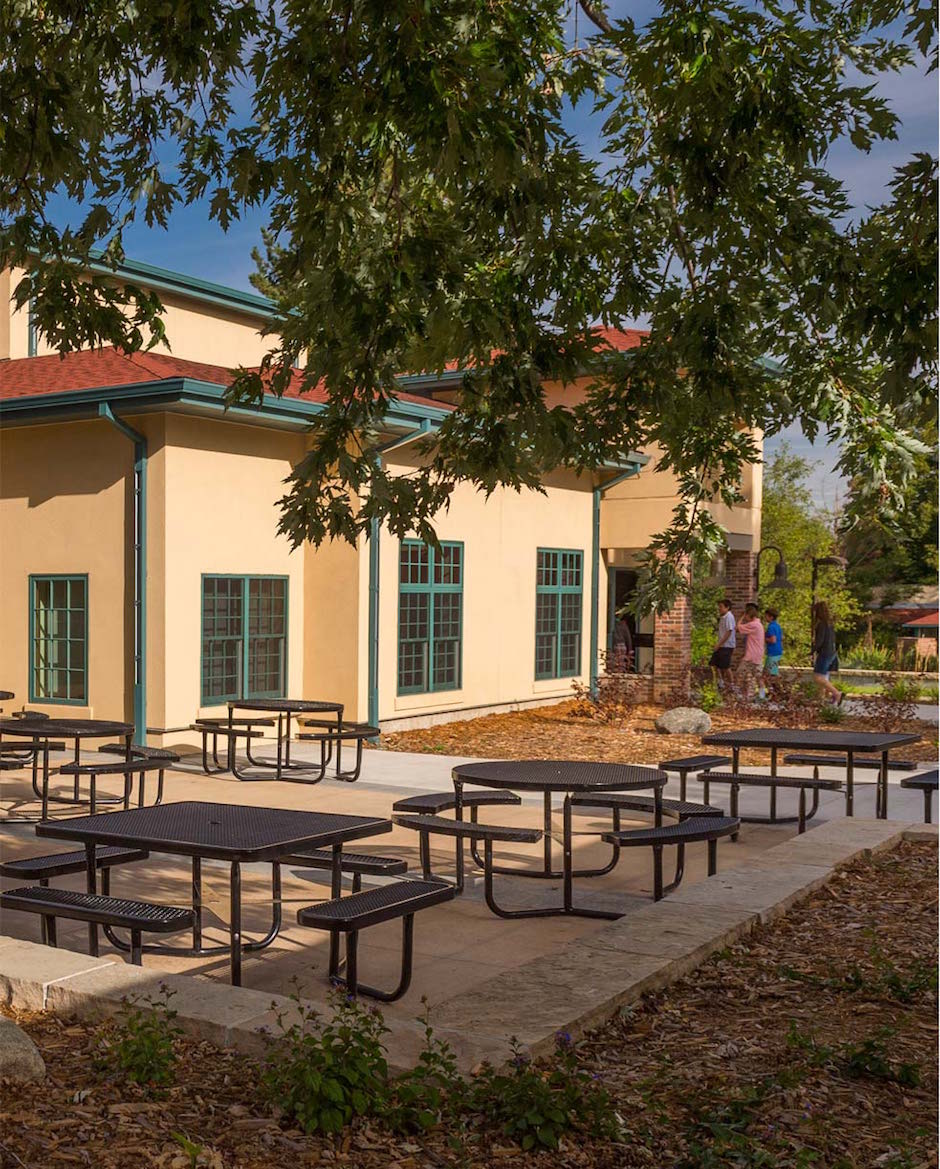 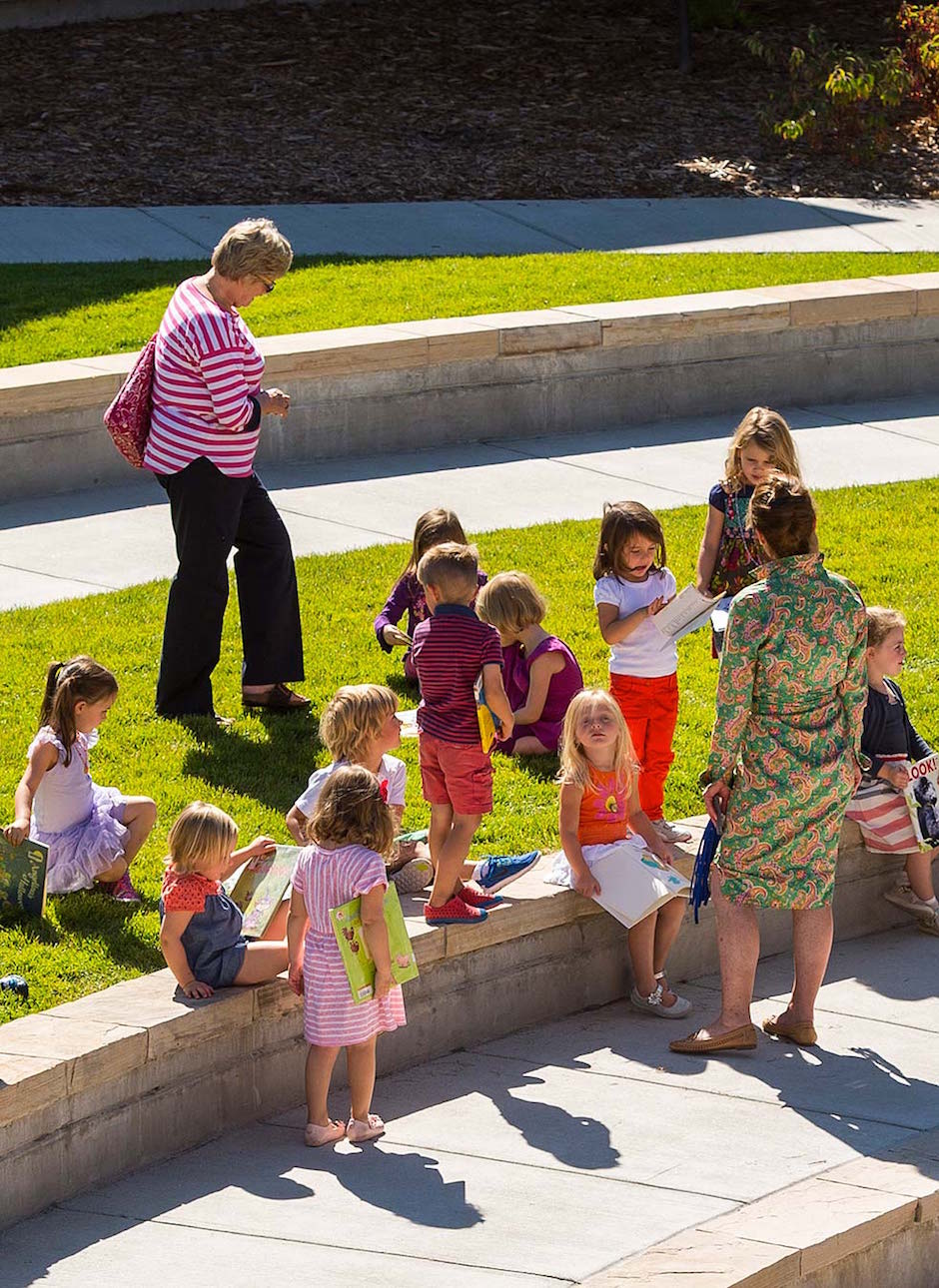 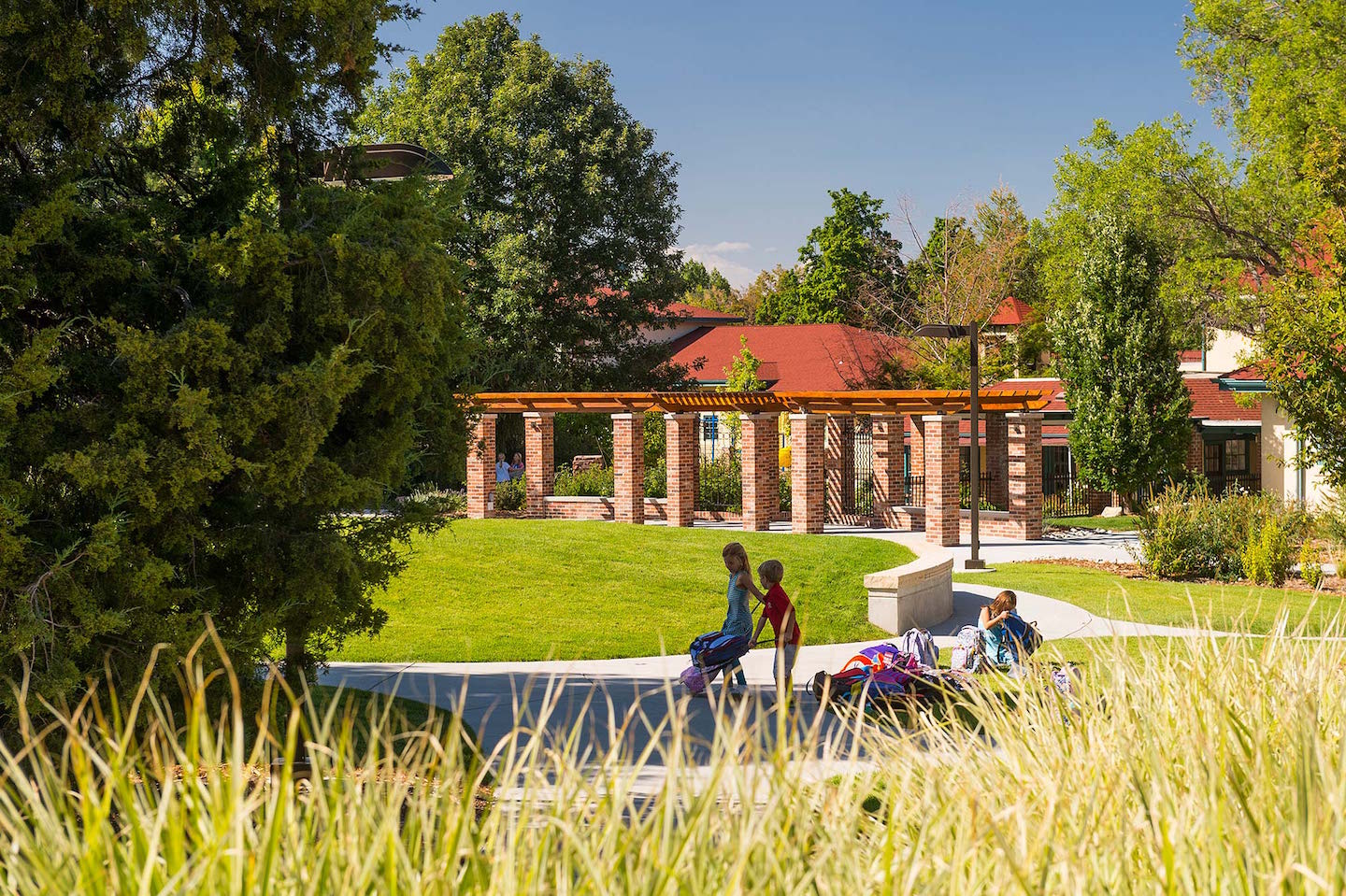 A new Dining and Performance addition to the Middle School was an opportunity to rework the core of the 80 year-old campus while enhancing the school’s extensive botanical collection.

The Convent Building was removed to transform the heart of the campus into an organically shaped amphitheater, framed by the Library, Sister’s Building (Preschool) and Middle School. The amphitheater is the physical and programmatic lynchpin of the campus. The space is designed for daily school assemblies, outdoor performances and for students to pause between classes.

The addition also created a new pedestrian plaza between the Middle School and the Sister’s Building. Various colored concrete bands and seat walls were used to strengthen the east-west connection between the two buildings and yet be a distinctive space for those walking through campus.

It was imperative to seamlessly stitch the new open space together with species and horticultural patterns that complemented the existing gardens. In addition, the design extended the school’s repertoire of themed gardens to include a new sensory garden to the east of the amphitheater and a series of raised vegetable beds to the south of the dining hall. 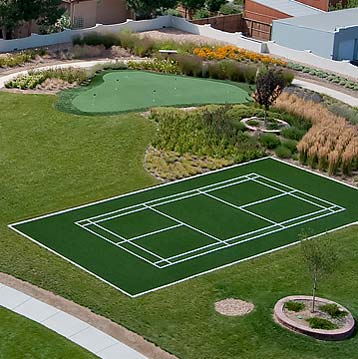 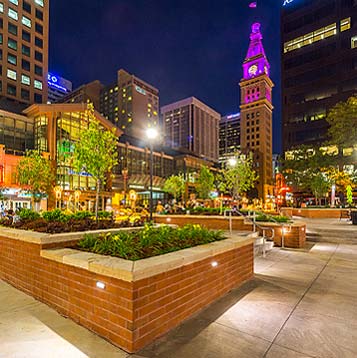